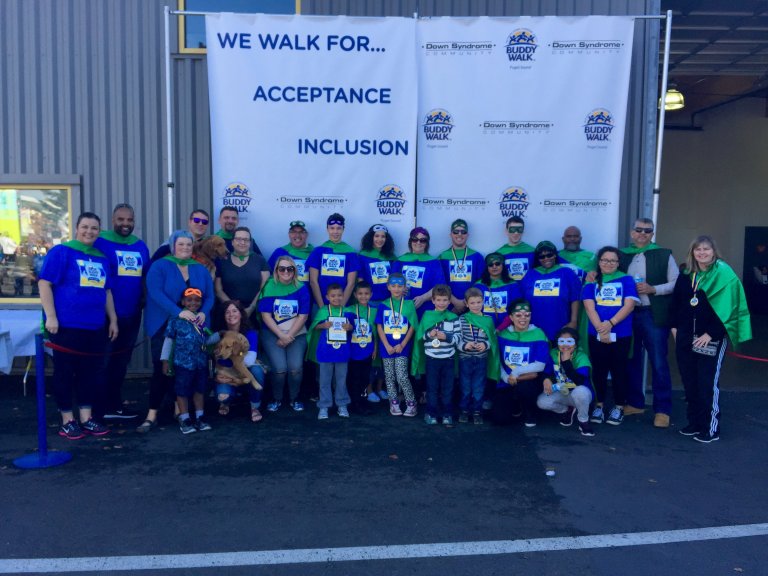 Wei Wai Kum First Nation members are rallying behind eight-year-old band member Noah Richardson as he prepares to take part in the Oct. 1 Puget Sound Buddy Walk to raise funds for the National Down Syndrome Society.

It will be Noah’s ninth time participating in the annual event because he first entered when he was six months old, carried by his parents Kristie and Jason Richardson and accompanied by a small team of friends and family members.

This year, the Campbell River contingent of walkers participating in the Seattle, Washington event will include two of Noah’s grandparents, Lynne Henderson-Drake and Dean Drake, his aunt Kelly Kirkpatrick, and family friend Lisa Vaughn. They’ll join a group made up of family members from other communities and approximately two dozen of Kristie’s colleagues from the Embassy Suites by Hilton, which is an official sponsor of the walk. Meanwhile, others are offering online messages of support and donations.

“We have been the top fundraising team for many years in a row,” says Kristie. “While I don’t have an exact tally, I’m guessing our friends and family – primarily from Campbell River – have donated approximately $30,000 over the nine years we have participated.”

This year was particularly exciting for Noah’s Super Team because Noah was featured in a National Down Syndrome Society video that premiered in Times Square, New York City Sept. 16. Noah appeared in the Bright Lights of Broadway video after his photo was selected from more than 2,000 entries in the National Down Syndrome Society worldwide call for photos. It’s the second time his photo was chosen for the national video. A photo of Noah taken by Campbell River photographer Erin Wallis was selected in 2014.

The video presentation leads into Down Syndrome Awareness Month in October, which includes Buddy Walks around the world like the Oct. 1 event in Seattle. Donations to Noah’s team may be made at: https://dsc.donorpages.com/BuddyWalk2017/KristieRichardson/