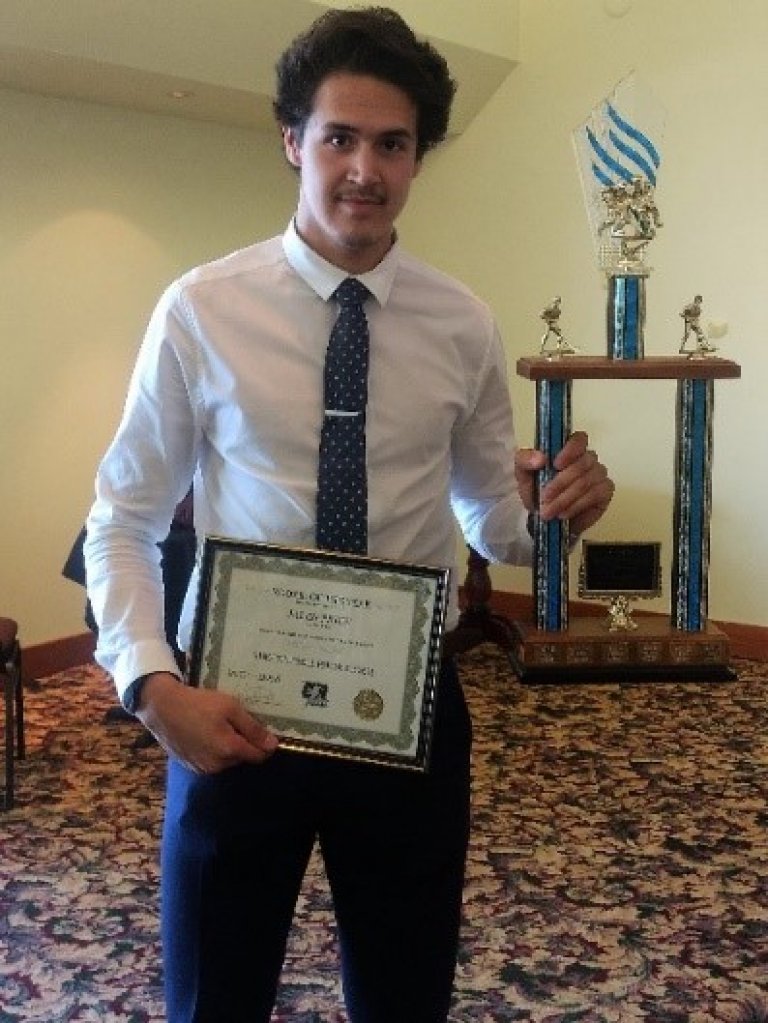 We would like to congratulate our son, brother, nephew, uncle and grandson Jalen on his achievements this past weekend at the Campbell River “STORM” Awards Banquet. Jalen was named “Rookie of the Year” and received the “Best Academic Award” for 2017-18 season. He has made us all very proud over the years with all his hard work, focus and dedication on and off the ice in school. Coach’s words were pretty inspiring for a young man as his final words in his speech were “Jalen is a player every coach dreams about having on his team”.

Not only did he receive these respected awards he was also named to Aboriginal Team BC and will be representing his families from both Wei Wai Kum and We Wai Kai First Nations, father Dustin Price, mother Kara Henderson, grandparents Michelle Nelson & Larry Price, Tom & Yvonne Henderson, great-grandparents Les & Mae Nelson, John Ferry (Larry’s father), Sam & May Henderson and Fred & Emma Dick at the National Aboriginal Hockey Championship in Membertou, Nova Scotia on May 6th – 12th, 2018. He will represent our communities with dignity and pride.

We are so proud of you Jalen you continue to stay focused, determined and respectful on and off the ice and for that it is paying off. Great work kid and continue to strive for your goals and dreams to be playing in Medicine Hat with the Tigers this coming season and hopefully in the NHL a few years later! Keep doing what you are doing and you will get there, Good Luck at the Cyclone Taylor Cup this weekend and at NAHC next month, Love you lots!