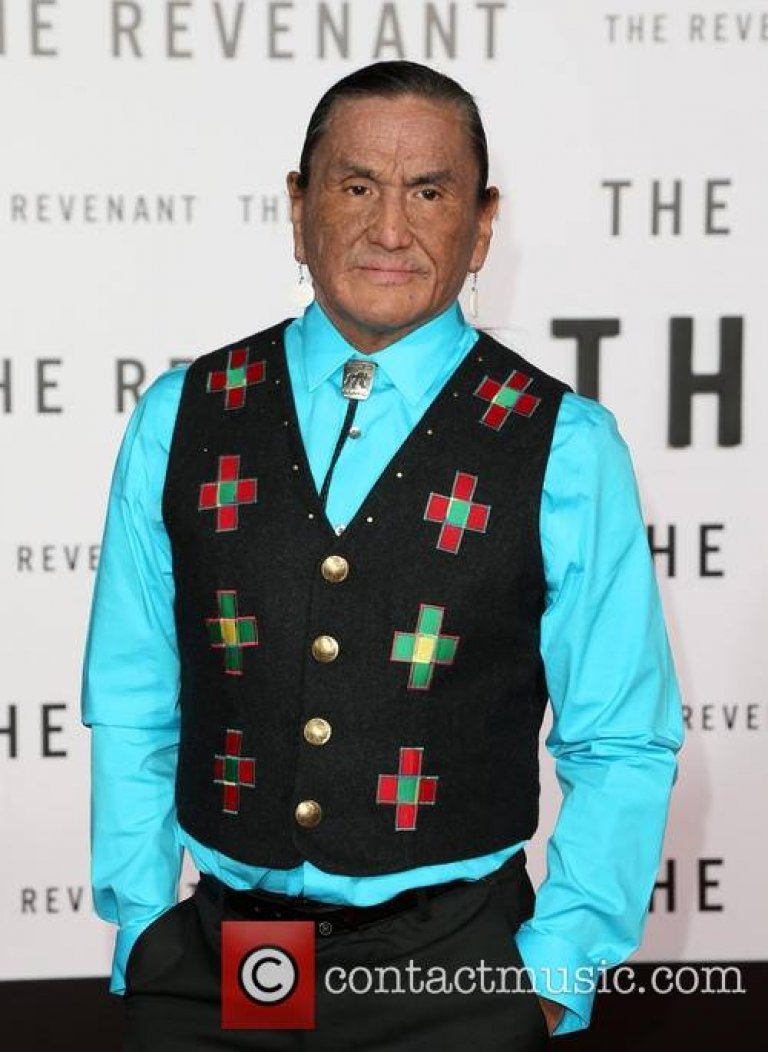 If anyone can inspire people to believe they can move forward, it’s Nuu-chah-nulth actor Duane Howard, who is perhaps best known for his role as Elk Dog in the movie The Revenant. The actor will be in Campbell River Friday March 9 to lead a free day-long workshop entitled “Believe You Can Move Forward.”

Duane experienced a troubled childhood that saw him start to use drugs and alcohol at the tender age of 10. By the time he was 14 he was living on the streets in Vancouver.  By age 23, however, he decided to get clean and sober in order to be a good role model for his son. He got his high school diploma and then trained to be a substance abuse counselor.

Duane used his experience and his new education to work the rougher parts of Vancouver and towns across Canada making a difference in the lives of troubled youth and their families.

In the early 1990s Duane realized that he wanted to make another change in his life when he discovered a passion for acting. He began as a background performer and then worked his way up to acquiring a stunt credit on the feature film The Scarlett Letter. Duane’s credits grew from stunts to stunt acting to acting roles on shows such as the TV movies Bury My Heart at Wounded Knee and Goodnight for Justice: Queen of Hearts along with the popular TV series Arctic Air and more.

That Duane ended up with the lead native role on The Revenant is nearly as miraculous as his survival on the streets. The actor had decided to take a break from the business a year before the audition call for the part of Elk Dog came out. Duane had initially accepted a stunt position on the film. Upon hearing of the film’s frustration over finding the right actor for the integral role, the stunt coordinator who had hired Duane suggested that they take a look at him, as he knew what a strong actor Duane was. Unbeknownst to him, Duane’s agent was working with Canadian casting director Michelle Allen to get him auditioned. Duane received a call on a Sunday, went in to read on the Monday and on Wednesday flew to Calgary and auditioned in private for the director, three-time Oscar winner, Alejandro González Iñárritu. Iñárritu immediately had him repeat his audition in front of the entire crew. After months of searching all of North America they’d found their Elk Dog and Duane had landed the biggest role of his life in the span of four days.

Duane is very matter-of-fact that it took all of this – the childhood addictions, his near deaths on the street, his recovery, education and training – all of it to perform the role of Elk Dog in The Revenant.
Today Duane is at peace and very grateful for all that he has including his three children.
The workshop with Duane takes place 9 a.m. to 4 p.m. at Thunderbird Hall. It is free thanks to the sponsorship of the Wei Wai Kum First Nation, The Laichwiltach Family Life Society, KDC Health, Homalco Band, and School District 72. Lunch will be included so to confirm numbers please register in advance by calling Georgina Speck 250-204-1196, Nicole Dumont 250-202-9674, or Marilyn Harry 250-923-3976.

The Tsow Tun Le Lum Society’s cultural team will be present at the workshop to offer cedar brushings.